Northern California's majestic redwoods, rugged mountains, and seemingly endless expanses of rocky shoreline form a magic brew that gave rise to amazing bird communities and an eclectic group of researchers and students dedicated to their study. The center of wildlife research, worship, and comradery, is the Wildlife Department at Humboldt State University. Of the nine letters behind my name (BSc + MSc + PhD = 9), six of them came from the HSU Wildlife Department; I remain tribal, and stubbornly proud of my alma mater, and was ecstatic to serve as research faculty, teaching wildlife techniques, management of upland habitats, senior thesis, and advanced ornithology at HSU during post-PhD limbo. Several years ago and full of post-doctoral zeal, I conducted a bit of research on the history of HSU Wildlife and ornithological research and interviewed the departmental patriarch, Dr. Stanley Harris, to learn more about the origins of all-things-birds within the department. The subsequent result was a brief history of an academic department that has had a disproportionate effect on the field of wildlife stewardship in the USA and beyond. I hope you enjoy it!

“make a tentative selection of a site on campus which will be used for the erection of brooder pens for the quota of birds… The first consignment will consist of quail and pheasants, but eventually shipments of Hungarian Partridges and Wild Turkeys are expected. They will be cared for here under the sponsorship of the college until such time as they are ready for liberation at various sections of the county.”1

Collaborating with State Fish and Game Commission was encouraged by Humboldt State University where it was suggested that:

“Humboldt State men who participate in the care of the game birds to be sent to Humboldt State by the Fish and Game Commission for propagation will be receiving a real education. These boys will have first-hand knowledge on modern principals of conservation and wildlife. Care of the birds will offer a vocational outlet for some boys who will eventually take up fish and game work.”1

The exclusivity of the above statement emphasizes the implicit bias towards women, highlighting challenges women ornithologists overcame to produce meaningful science in the Wildlife Department. This is particularly striking when considering that the original Natural Resources program at HSU was spear-headed and developed through the vision of a remarkable woman in the 1930s – Mrs. Hortense Lanphere (the Lanphere Dunes Unit of the Humboldt Bay National Wildlife Refuge bears her name). Demographics of the undergraduate community has changed since the Department’s founding where approximately 56% of the university is currently female.

In 1940 there was burgeoning interest in developing a “Game Conservation” course where it was predicted that there would be “25 students interested in such a program.”2 The first course offered focused on Game Bird Management and was taught by Professor Telonicher with 13 students enrolled in the class.3 The University began offering a two-year terminal program in “Wildlife Management” in 1941. Recognizing the need to study nongame birds, the first general Ornithology class was offered in 1941 and quickly became a requirement. The early Ornithology class relied heavily on field trips to observe wild birds in their natural habitats – a tradition that continues to this day.

The first professor dedicated exclusively to the Wildlife Department, John H. Lewis, was hired in 1942. Professor Lewis poured his knowledge and energy into the Department, which helped foster in a growing recognition of conservation issues along the North Coast. According to one of his students:

“Professor Lewis is a strong advocate of conservation. He both preaches and practices this vitally important gospel.”4

Studies focused on avian ecology in the Wildlife Department continued to grow under Professor Lewis’s leadership until his tragic death in a car accident near Weitchpec in 1949. Dr. Fred Glover was hired to replace Professor Lewis in 1950. During the next decade the Wildlife Department nurtured the growth of their student club, Conservation Unlimited, which began their annual banquet in 1949– a continuing tradition. In addition to banquets, Conservation Unlimited organized “Conservation Week” on campus throughout the 1950s and initiated a pledge for new members:

“I give my pledge as an American to save and faithfully defend from waste the natural resources of my country – its soils and minerals, its forest, water and wildlife.”5

Faculty and undergraduate ornithological research in the Wildlife Department remained largely focused on game birds throughout the 1950s with project titles such as waterfowl hunting success around Humboldt Bay (1950) and waterfowl and aquatic plant surveys on private duck ponds (1953). The quantity and quality of ornithological research grew quickly after the Wildlife Department began offering a Master of Science Degree in 1955, which, in-turn, increased the number of student applications and faculty hires.

It was this groundswell of activity that attracted a young ornithologist, Dr. Stanley “Doc” Harris, to the Wildlife Department as their newest professor in 1959.6 Professor Harris earned his B.S. and M.S. degrees at Washington State College and his PhD at the University of Minnesota. Stanley Harris’s impact on the Wildlife Department and birding community is unparalleled in northern California. He grew the Wildlife Department’s renowned collection of study skins and live mounts, developed many conservation and taxonomic specific courses, and pioneered bird watching in Humboldt County.

In 2018, I sat down with Dr. Stanley Harris for a wide-ranging interview about Humboldt State Wildlife, ornithological research, and bird watching on the Northcoast of California.

The Wildlife Department was subject to additional growth throughout the 1960s, resulting in a variety of new bird monitoring projects such as Professor Harris’s storm-petrel banding program. This was an ambitious program which required capturing birds at their nest burrows on near-shore sea stacks at night, during low-tide. Dr. Harris’s flashlights frightened local citizens which led to a visit from the County Sheriff’s department. Dr. Harris also started a long-term banding project focused on band-tailed pigeons in 1966 where he lured the birds with food through a hole in the game pen roof; the capture efforts were events that delighted students for several years.7

The 1960s through the late 1980s is often considered a renaissance for California bird watching. Young and enthusiastic bird watchers traveled the length of the state searching for rare and exotic birds –or vagrants– thereby greatly enhancing our collective knowledge of bird distribution, migratory patterns, and dispersal. Professor Harris played a critical role in finding, describing, and documenting patterns of vagrancy during this time resulting in his book: Northwestern California Birds. Groups of roving birders frequently squatted in a hunting cabin on the outskirts of Arcata – an activity prominently featured in Kenn Kaufman’s book Kingbird Highway. Given the growing community of traditional and counter-culture ornithologists coupled with a pristine environment and diversity of bird life, the Wildlife Department became a destination for higher education among dedicated ornithologists. The infusion of highly trained ornithologists helped diversify the focus of the Wildlife Department from game management to a range of conservation, behavioral and ecological research topics.

Some of the more consequential research endeavors undertaken at the Wildlife Department during the 1980s included work by Dr. R.J. “Rocky” Gutiérrez who studied the ecology and conservation status of Northern Spotted Owls in Humboldt County and beyond. Professor Gutiérrez’s groundbreaking research aided in the listing of the Northern Spotted Owl as Threatened in 1991 under the Endangered Species Act. This outcome resulted in wide-reaching conservation, scientific, economic, and cultural upheavals in Northern California.

Ornithological research at the Wildlife Department continues a rich tradition of evolution and change where professors and their students work on a variety of domestic and international projects. Despite– or perhaps because of – this evolution, the Wildlife Department remains a beacon for students interested in receiving an unmatched educational experience in ornithology. 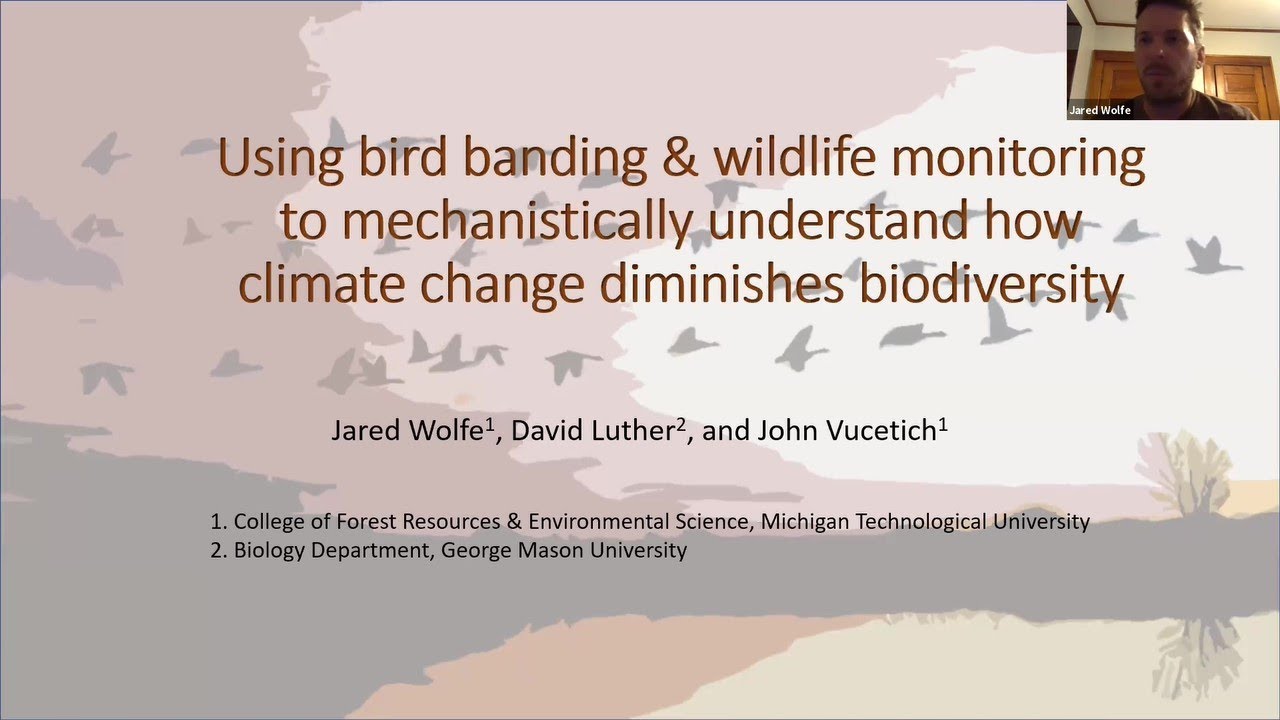 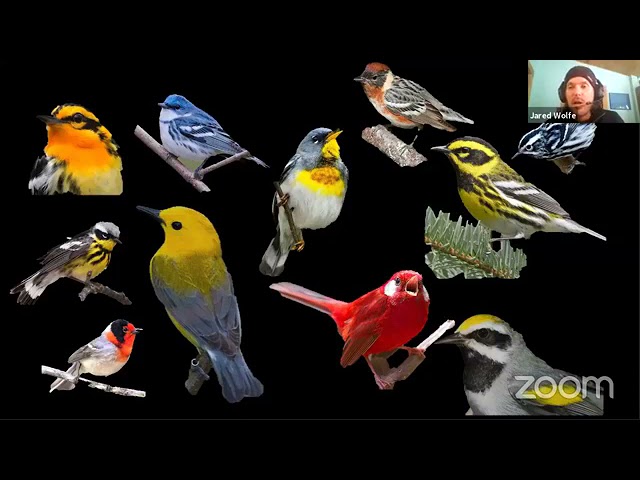 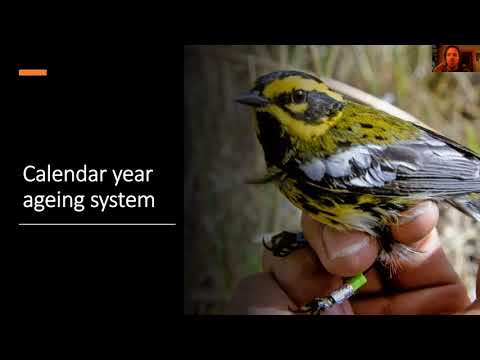